Google continuing its push for Automation 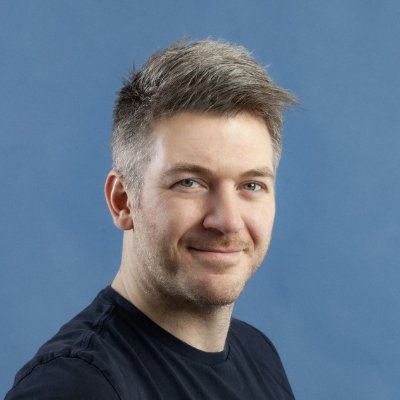 Google has recently announced that from June 2022 they are sunsetting expanded text ads in favour of responsive search ads.

In recent times there has been more of a push to utilise responsive search ads, and since March 2021 these have been the default ad format created in the Google interface. There are some interesting differences between the two ad formats that should be looked at to understand the impact.

What are Expanded Text Ads

These have been the default option since 2016 and provide over 270 characters of text across 5 lines of ad. This helps to give advertisers a lot of space to try different calls-to-action and USPs. When first launched these were a big step up from the previous text ads, offering double the space and a new 2nd and 3rd headline.

What are Responsive Ads

Launched in 2018 these utilise a lot of text and data touch points in an attempt to show the best possible ad to the user. The advertiser writes between three and fifteen headlines and between two and four descriptions. Google then takes all these elements and tests different combinations over time with the aim to show the combination that works best.

Whilst these sound good in theory, in practice many advertisers have issues with Responsive ads.

Many advertisers need to have text in a specific combination, perhaps for legal approval by a compliance team, or to promote a specific offer or USP. Having a normal responsive ad doesn’t allow this. There is however a workaround in that headlines and description lines can be ‘pinned’ in place, effectively turning a responsive ad into an expanded ad, but then not taking advantage of the different combinations.

The other big issue is that there is very limited data provided by Google on the performance of each element. Whilst the total stat for each responsive ad is shown, only impressions for the individual elements are provided, and no data for any of the different ad combinations are provided. Whilst impressions show traffic, this metric is not sufficient for most advertisers to understand what works and what doesn’t, and so there is still a reliance on the use of expanded text ads and their increased data.

This push for automation of the ads has some merit, but without the data insights and control that some advertisers require, it can really limit what they can be used for.

So which should I use just now?

The best practice recommendation is always to run multiple ad variations to test what combination works best. This has generally been using one responsive and around three expanded ads so that data from the expanded ads can be seen, whilst advertisers can test multiple text elements in responsive ads.

As Google improves its algorithms and continues to understand the user journey and data, we anticipate these CTRs to increase and the conversion rate gaps to narrow, with a view that the responsive ads will start to fully outperform expanded ads.

Google announced that from June 2022, expanded ads can no longer be created or edited. However, they will continue to serve and performance will be reported on, and advertisers will be able to pause, resume and remove these ads.

By taking away the ability to create new expanded text ads, Google is effectively forcing responsive ads onto advertisers with no alternate choice. Advertisers are unlikely to bulk-create expanded ads in advance of the changes to have them to hand, especially in the fast moving world of Digital Marketing where copy and the market can change so rapidly as to make them irrelevant.

So what should I do?

If expanded ads work for you then it’s recommended to continue to use these. Look at the performance metrics and then use these for optimisation and testing new ad copy.

Very soon however there will be a need to start moving towards responsive search ads. Fortunately, the ability to ‘pin’ headlines and descriptions means that, in effect, all expanded ads can be turned into responsive ads without changing the make-up of the ads and this can then be done as it gets closer to the migration period.

Over the coming months it’s time to start testing some responsive ads and different combinations to understand what elements are getting the most traffic and how the overall ad is performing against the expanded ad. Once this is known, it’s then time to keep phasing these in (though continue to pin-away as required!) so that advertisers have their account ready for the change.

If you’d like to discuss how Click2Convert can help with your PPC account, including a review and recommendation on ad creatives, get in touch today.

Cut through the noise and
make your mark.