Future technology and the impact on the hospitality industry 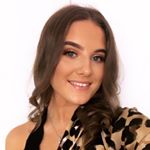 Our clients Yourtex kindly invited us to the annual HIT Scotland Edinburgh Lunch in the Grand Sheraton Hotel, Edinburgh. As Click2Convert are always up for experiencing some of the best Scottish hospitality, we keenly accepted.

As part of the event, Dr Ian Yeoman, Associate Professor at Victoria University of Wellington, was one of the guest speakers. Ian is a leading voice in the field of futures technology and spoke openly about how different technologies will impact travel and tourism. After the event, we got in touch with Ian to take a deep dive into how technology could shape the future of the hospitality industry here in the UK.

We have identified five technologies that we think will have the biggest influence in the near future, and the impact these technologies will have on how the industry operates.

Virtual assistants are programmed to be able to adapt to the user in many different ways based on the input and information that the virtual assistant receives. Inputs could be personal user information, a user’s experience and emotional state, and how often the user interacts with the AI assistant. A voice activated assistant adapts to different users and can be connected to other technological interfaces and systems, in order to adapt experiences to different users.

Despite the release of in-room voice assistants that have been purpose-developed for hotels and hospitality, these have not been deployed by many organisations in the industry. Due to this being in the early stages of adoption, there is a research gap behind whether or not this technology helps to enhance guest experiences or automate workflows. However, limited research thus far highlights that the advantages of voice activated AI assistants outweigh the disadvantages for both hotels and their guests. The key advantages include guest personalisation, delivery of emergency information, and the ability to communicate to guests in their spoken language.

Therefore, although this could be a costly integration to set up, voice activated AI assistants could bring significant benefits to your hotel operations and overall guest experience. Find out more.

A humanoid robot is a robot that resembles a human being and has the ability to receive and process data to mimic human motions and interactions. Unlike voice activated AI assistants, humanoid robots are in the early stages of development and deployment, however, with staffing issues in the hospitality industry remaining a key operational issue across the UK and beyond, the use of robots within the hospitality industry is becoming more and more common.

With automation and self-service playing a rising role for customer experience throughout the hospitality industry, hotels are using robot assistants and chatbots to enhance customer service processes. The use of humanoid robots can lead to operational improvements including service speed, cost-effectiveness and even information accuracy. For example, even when staff are unavailable, robots allow a hotel to provide customer service around the clock, and can assist staff during busy periods to deliver swift services, preventing guest delays and dissatisfaction.

As well as providing customer service, we are beginning to see hotels investigate the use of using robots to aid hotel housekeeping. As cleanliness and safety remains a priority for consumers due to the pandemic, new UV robots have been specifically designed and engineered to clean and disinfect surfaces and areas that might have been exposed to viruses or bacteria. Other robot designs are focused on more generalised housekeeping services including, delivering fresh bed linen and towels throughout a hotel. These types of robots will reduce manual labour, and deliver clean products in a timely manner, resulting in increased levels of customer satisfaction.

As robots become a commonly utilised technology in the hospitality industry, humanoid robots become cheaper to implement. Consumer needs are becoming more and more demanding as they expect high quality levels of service during their hotel stays. Therefore, as hotels adopt this emerging technology, they will gain an advantage over competitors for seizing the opportunity to enhance hotel services and guest experiences.

Cultured meat is grown from real animal cells in a process known as cell-based agriculture, and is arguably a healthier, more ethical and sustainable alternative to animal protein.

Although this scientific, technological phenomenon has been around for almost ten years now, the cultured meat market is beginning to grow at a much faster rate than ever before, with companies beginning to mass-produce this type of food. More and more labs are developing this type of artificial meat and are competing to deliver an affordable, yet credible alternative to traditional meat.

Back in 2013, Mosa Meats were the pioneers that cooked the world’s first cultured burger, which cost around $250,000 to make; now Mosa Meats is able to produce and cook an artificial burger for just $9. Despite originating in the United States, the cultured meat sector could be worth around £2.1bn to the UK’s economy. In May 2021, Ivy Farm Technologies announced their plans to become the first commercial cultured meat producer in the UK, with a mission to bring the first cultivated sausages to the UK market in 2023. Find out more.

With ethical expectations increasing for many consumers, cultured meat offers the hospitality industry another meat supply, in addition to traditional farming, to meet the needs of more consumers.

Autonomous robots are slightly different to humanoid robots as they do not resemble humans, but they have similar abilities in that they can be programmed to mimic human processes. For example, autonomous robots can be used for food preparation in a robotic cooking kitchen.

These robots link with computer systems which instruct the robot to prepare food dishes. The computer system monitors, analyses and interprets a human chef to develop a robot to execute standardised chef movements, with motion variations and changeable environments. The technology allows a robotic or automated system to prepare the same dish to the same standard and quality that would be achieved by a human chef.

With current staff shortages impacting the hospitality, this could be a future-proof solution to supplement chefs and prevent disruption if staffing issues arise again in the future. If operations are impacted by staff shortages, autonomous robots have the ability to assist with analytical and service focussed tasks, so human staff members can focus on emotional tasks and the guest experience, ensuring guests still have valuable human interactions throughout their visit.

Escape reality with augmented reality. Augmented reality (AR) uses computer technology to alter a person’s perception of their surroundings. AR is often confused with virtual reality (VR), but as VR replaces the real world with something imaginary, AR instead enhances the look of the real world, in real time.

Unlike the technologies above, AR has emerged in the hospitality industry in recent years, as it allows hoteliers to enhance the amenities they are selling, such as the hotel, guest rooms, or guest experiences.

With guests asking more questions and seeking more information, before and during their stay, hoteliers are using augmented reality to have this information readily available for whenever consumers need this information.

Those in the hospitality industry should invest in this type of technology to showcase their hotels and amenities, and enhance the overall guest experience. For example, hotels can use 360 degree virtual tours to give users a tour of hotel rooms or the surrounding area, and with AR technology, they can supplement the footage with detailed information as the user takes a tour, enabling them to experience the hotel and local area and make decisions, before being physically present. With AR emerging into more hotels, don’t miss out on the opportunity to enhance your hotel experience, find out more.

Take advantage of these technologies

The importance of technology within the hospitality sector is increasing, as consumer demands and demographics change. The future dominant consumer generation is filled with millennials who are more likely to utilise digital technologies than previous generations. Emerging technologies have the ability to enhance guest experiences and overall customer satisfaction, but also have the ability to optimise processes and help with operational issues.

Whether you are new to these technologies or you are looking for the next best thing, these are five technologies that your business should get to grips with as we think they will have the biggest impact on the hospitality industry in the coming years and potentially a big impact on your bottom line!

Find out more about the results we have achieved for our hospitality clients.

Cut through the noise and
make your mark.